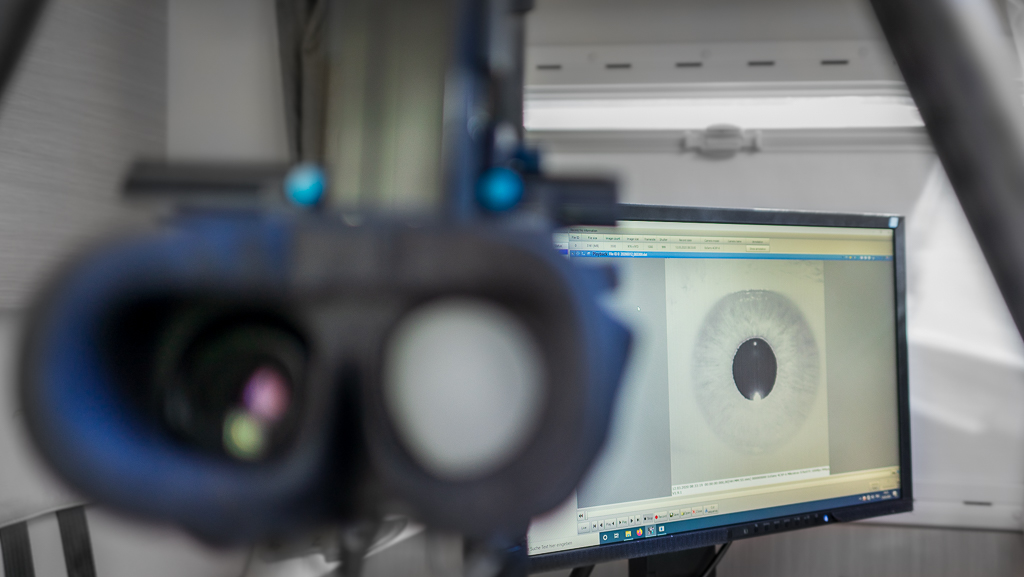 The i-ris  Lab, with its 1000 photos per seconds and a resolution of 3.5 mega pixel, is the world most powerful recording device in the area of pupillometry.

The Stellar i-ris project team has developed a biometric measuring method, which can map the functionality of the human nervous system.

Our interdisciplinary team has developed a system with which the pupil light reflex can be triggered and measured extremely precisely. The i-ris LAB device stimulates one eye with one or more light pulses and simultaneously films the change in the pupil diameter of the other eye - the synchronous impulse reaction on both sides. An algorithm evaluates the image data and converts it into a function within a few seconds. This can be depicted graphically and enables us to precisely represent the smallest deviations from the normal curve of the pupil adjustment. The entire measurement takes approx. 3 seconds and the evaluation takes place within 5 seconds. The energy that strikes the eye during the measurement falls far below the occupational safety and health limits.