Since 2015, Stellar has been supporting the i-ris-project. A revolutionary method to detect intake of medications, drugs or alcohol, as well as different illnesses in a matter of seconds. 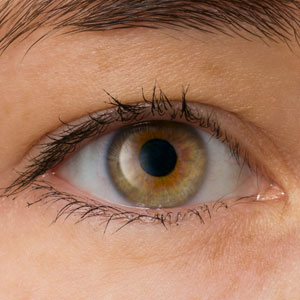 The iris is connected to the human brain perception by a muscle that is not controllable by human beings. Human vision is differentiated into twilight vision and daylight vision. At twilight, when the iris diaphragm is fully opened for example, humans do not have colour vision. At the same time in order to protect itself the pupil contracts in the case of a sudden exposure to light.

In its function, the iris of the human eye follows special parameters that are uniquely attached to each individual human body. This unique signature of the reaction can be measured and recorded. All parameters within the reaction are reproducible measurable. However, it is significantly influenced by: age, illness, gender, alcohol, medication or drugs. This business concept is based on these findings.

Different measurement setups were carried out to examine, record and assess the function of the human iris.

i-ris The iris LAB experimental setup uses a high speed camera to record the working sequences of the iris. It is important to consider different lighting scenarios by using light impulses with different intensity, duration and color temperature.

Based on the data obtained the following can be detected: intake of medication, drugs or alcohol.

At first, an experimental setup, an app to detect drugs was developed: iris head.

The second app conceptualized an experimental setup, iris lab, to detect tiredness and neurodegenerative diseases. The device can be used (personalized) for occupational health and safety purposes.

The experimental setup “Stellar i-ris HEAD” has been used and thoroughly tested in sleep laboratory of the DLR in Cologne for several months.

Under laboratory conditions, several groups of subjects were systematically deprived of sleep. There should be an exploration of the relationship between fatigue and cognitive performance. The series of tests are supposed to prove that the reaction time of human iris changes significantly with the degree of fatigue. The objective of the examination is to identify a “biomarker” that will help to measure the degree of fatigue of the subjects.

The extensive data material gained in the laboratory is currently beeing analyzed. The DLR will finish recording and evaluating data in the coming weeks. The results obtained can be used to define the “biomarker”.